Bonnie grew up in a rural part of California’s central coast where she indulged her need for solitude, choosing the company of barn cats, a horse and one true friend. Maybe too young to start school, she was shy. Then she wasn’t, but likely appeared so.
Transplanted to Oregon, she still sometimes longs for rolling hills and sentinel oaks.
She wrote a story and showed it to her mother when she was six. Mom looked stricken and said, “Well, well. That’s, um, nice.” Bonnie doesn’t remember the story’s plot but it clearly didn’t sit well with Mom, bless her heart.
After that, she wrote nothing but college papers on the symbolism of “something” to “something else” and a stack of self-absorbed journals until her daughter was born. That child’s birth seemed to open a door. Bonnie saw her need for “stories.”

Then life got in the way.
She began a novel after the birth of her son. Do we see a pattern here? More real life issues intruded, yet she has written seven novels. Two novels published and one is to be released in February. 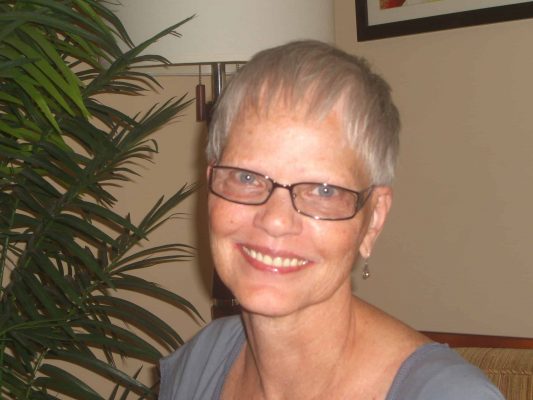 She fears heights and caves and reptiles and dental procedures. She likes movies, Rachmaninov, Puccini’s operas, early spring and late fall and chocolate.
She has a degree in Women’s Studies/Society and Justice and nursing. She writes of the history of the American west and of women’s issues, filtering it all through sweet yet passionate love stories.

She can still believe in happy endings.